In fact the word Criminal and Complicity are the first two words that come to mind if Judge John Kelly Luther does not IMMEDIATELY grant a hearing to further examine all the facts Oxford Outlaw Matt Reardon has sworn and laid out in the many court filings he has filed in 2020 in regards to the WITCHHUNT that destroyed Reardon’s life under knowingly false pretenses back in 2017.

All signs have been showing Luther as complicit and a major contributing cause in the fraud leading up to now, and unless the Supreme Court in his pocket, it won’t in any way play out well for this Circuit Court Judge when the time comes in getting to the bottom of why he so adamantly refused Reardon whom has demonstrated his innocence and detailed out the massive fraud taking place in this very court.

This is only a piece of the latest filing in Lafayette County Circuit Court, the same court that has denied and refused Reardon the right to a hearing, and even gone so far as to fraudulently change court records in order to prevent Reardon from obtaining Vindication and Justice in order to overturn everything and restore his rights and life which were brutally destroyed through the most criminal of acts in 2017 stemming up to now 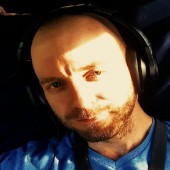 Matt Reardon otherwise known as The Oxford Outlaw is a 33 year old Marine Corps Veteran and American Patriot. Matt is a constitutionalist and Politically identifies as a libertarian leaning Republican with strong conservative values. Matt founded Outlawed Productions in 2020 while journalizing and documenting his journey to vindicate himself and seek justice as shown on Riding With The Outlaw, after being wrongfully and intentionally charged with a crime he never committed in 2017. It was from this framed charge and the extreme treatment and punishment of Reardon by leftist cowards in this bizarre witchhunt brought against him in 2017 which are what ultimately gave him the ironically fitting nickname of “The Oxford Outlaw”. Matt is married to Madelyn Claire Reardon and they have 4 beautiful little girls including including 1 from another relationship of Matt’s and 1 from another relationship of Madelyn’s.

QUICK FIVE: 5 of the most captivating moments in Matt Reardon’s new explosive Riding With The Outlaw release “The Patriot Games Continue”

Riding With The Outlaw THE PODCAST